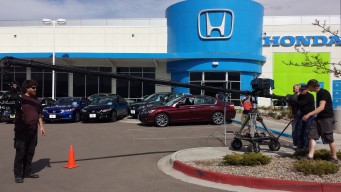 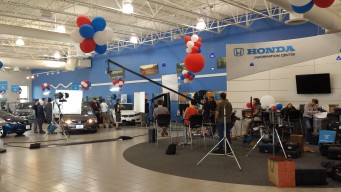 Well the past 2 days were long, tiring, and just great all-around.

I had the honor of directing this year’s big Honda commercials for Windstar Studios again at Front Range Honda. Luckily for me Kevin Pinski had his annual vacation so I filled in for him. These spots are for Honda dealers all along the East Coast and some other states.

The crew and cast were all just awesome – We had over 40 people working including the 20 extras, 4 principle actors.